The word shail – though not recognized by Merriam-Webster – has multiple definitions according to online resources: Wiktionary describes it as “walking sideways” while UrbanDictionary.com defines it as “An extremely kind and caring person who is willing to go out of their way to help you”. Switching cultural gears, the closest Hindi meaning loosely translates to “stone” or “mountain”. Regardless of etymology, all interpretations apply to one fascinating individual who side-stepped societal expectations, and remained as steadfast as a rock in her kindness and quest for helping others.

Kimi Verma was born in Punjab, a state in Northern India. After a successful scholastic career from elementary school to pre-university college, peppered with academic achievements, including as captain of the basketball team, she relocated to Mumbai (then Bombay) to attend the University of Mumbai (formerly Bombay University). During her time there she was persuaded by friends to participate in the Miss Bombay Pageant where she took home the title in 1994 and continued onto Miss India. Though she did not capture the crown in the latter, she was awarded the “Femina Miss India Beautiful Hair” accolade – which continues to play into her current goings-on, however we shall touch on that later.

Her performance on the pageant stage translated to continued success on the silver screen. Her film break came in the Punjabi movie Naseebo. Thereafter, she graced many title roles throughout Pollywood (India’s Punjabi language film industry, whereas Bollywood pertains to those in Hindi), in addition to her growing modeling career. Kimi was no stranger to a camera lens as her father established Kamal Studios – one of Ludhiana City’s oldest photography studios – and her brother was also a famous photographer. Despite her early discovery and growing-up in the limelight, Kimi actually favored her MBA studies to starring in movies. She firmly believes that education is paramount and while it is fair that so many young women want to pursue stardom, they must first polish their craft in order to bring positive change to society.

Once she attained her Master of Business Administration degree, like any beautiful Indian girl, her parents wanted to see her future secured by seeking a match to marry her off to. In order to avoid any matrimonial obligations, Kimi elected to move to America so as to broaden her horizons. She already frequented the US for meetings while designing shoes for New York based fashion house Kenneth Cole. While apprehensive at first, with the blessing of her parents she made the move quite literally across the world and found herself settling in Los Angeles in the early 2000s.

While you can take the girl out of pageantry one cannot take the pageantry out of the girl. Wanting to put her business degree to good use while also eliciting the experience gained from Kenneth Cole, Kimi created her own clothing line called Shail K. Specializing in pageant gowns, prom dresses and other formal attire, Kimi wanted her designs to evoke the same confidence that she not only felt while dolled-up during her many star-studded affairs, but also expressed by her mother during her childhood. Kimi fondly recalls her Mom dressing up in opulent saris and decorative jewelry for social settings. The more ornate the outfit the more elegant her mother’s behavior became – she would almost seemingly glow. Kimi recognized then the power of fashion and the effect it could have on its wearer. “What we wear has a deep impact on who we are and how we act, how others see us.”

Kimi also recognizes the reality of human nature, in that everyone has insecurities – especially these days. Now more than ever she feels the need to create dresses that prom and pageant girls not only look good, but FEEL good in as well. She wants her clothing to bring forth a feeling of elevation, living up to one’s higher self, and experiencing a different kind of happiness in their hearts. Kimi has her own 4-yearold daughter she hopes to inspire and is elated that modern films like Disney’s live action Aladdin not only empower young women, but also inspire through cultural significance. Kimi reflects on a time when the only “Asian” face seen on TV was Jackie Chan, but now remarks on how the entertainment industry has changed. With the heavy Indian influence in Aladdin she anticipates the incoming trend of embroidery, embellishments, and bright colors, all of which will hopefully boost business further.

The outgoing Mrs. India USA 2019 continues to fulfill her promise of catering to all of her clients’ needs. Whether going against the grain by making dresses size 0 through 26W or in embarking on a new authoring endeavor, Kimi just wants to impart her previous pageant knowledge so that others may benefit from her own experiences. While interviewing for this very article she was New York-bound and continuing onto Santa Barbara on business trips associated with her book. Hoping for a July release, in it she will share tales primarily focusing on hair care, as she did win Most Beautiful Hair during the Miss India Pageant. While that may sound superficial Kimi reminds us that hair is an important tool for human beings. When people want to upgrade their look the first thing they change is their hair. The content will come from tradition deeply rooted in Indian culture, explaining methods passed down generation to generation from their ancestors. Indian hair is highly sought-after and big business, as such, it is beyond a “how-to” book. It is actually both showcasing and preserving Indian culture.

There is a lot that can be learned from someone who was captain of a basketball team, escaped an arranged marriage, went on to be a household name in the pageant world, entertainment business and fashion industry, as well as future book author. How can one person accomplish so much? She sees her multitasking lifestyle differently: “Females are made to do many things, and together we perform good things. I’m no different, just normal. It gets tiring, but managing everything is my fuel”. She attributes her own stellar job of balancing everything by drawing from the inspiration of the women around her. “If you do quality work – regardless of what you’re doing – if you do good work in the field you’re in, you WILL experience success. Sooner rather than later you will succeed”. 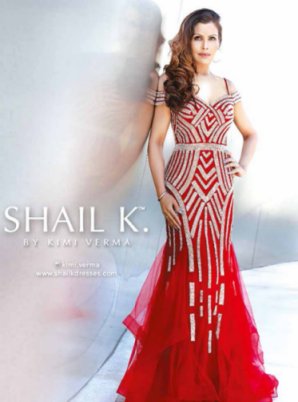 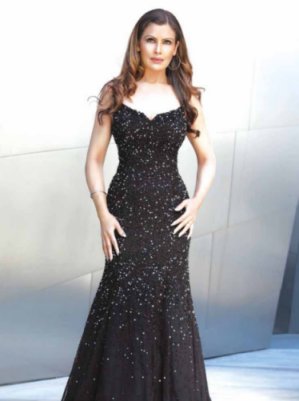 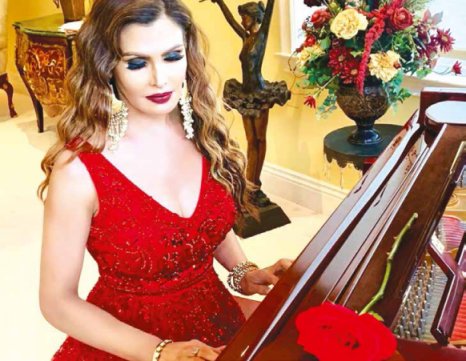