Barge Ramos: The Style That Goes Beyond

When one thinks of Barong Tagalog, an embroidered formal shirt considered as the national Philippine attire, no one comes close to Barge Ramos as its preeminent designer. Following his career from the 70’s, his execution continues to define Barong’s modern iterations, adding to its progressive evolution and reinterpretations. A diminutive, soft spoken Manileno, one should be cautioned about his unassuming presence. Underneath of which is a wealth of a career he built with countless collections mounted both locally and abroad, and still a tour de force Filipino designer. His most recent Perfume and Incense Collection, part of Fabulous Philippines entry to the New Fashion Week Bridal Show 2019 (with Albert Andrada as the other featured designer), has long been an endeared concept. True as a Filipino artisan, he conceived the Barong in combinations of locally sourced materials of pineapple, abaca, bamboo, Inabel (handwoven cotton of Ilocos), silk and jusi.

A decommissioned landmarked, neo-gothic church, Landmark on the Park (designed by William Stuart Potter and listed on the National Register of Historic Places) fittingly served as the backdrop for the fashion show last April 13th. Two days prior, there was a welcome exhibit at the Philippine Center on 5th Ave.

The following presents a more personal slant on the designer himself:

Christian impressed me with his clean lines in design and attention to detail. His fine taste in fabrication, subtle details, and minimalist styling made a strong impression on me when I was working for him. Also, those were the years that Christian was doing Mrs. Marcos ‘ intricate hand-embroidered terno gowns, so I learned the meaning of true elegance and fine craftsmanship.

2. My breakaway as a designer:

Eventually, I left work with Christian Espiritu & put up my own shop in the late 70’s on Leon Guinto St. in Malate. While doing made-toorder clothes for men & women, I also ventured into ready-to-wear for ShoeMart and Cinderella.

Also for Plaza Fashion Mart, at the original Harrison Plaza, where I was tasked to organise a group of designers to design exclusively for the store.

3. My Tenure as President of Fashion Designers’ Association of the Philippines:

4. Spirituality in my work:

Amidst all the changing fashion, art installations, museums, musicals and fancy restaurants, the constant solid ground for me has always been St. Patrick’s.

5. Inspiration for my current Fabulous Philippines:

My “Perfume and Incense” Collection for Fabulous Philippines is a personal concept that I’ve been wanting to do. Thanks to the trust and support of our Producer, Dr. Christine May Daguno, I was finally able to create these designs, working on handwoven fabrics like pineapple fiber mixed with abaca and bamboo, handwoven Inabel cotton, dyed abaca, pure silk, and jusi which is a by-product of silk. I experimented mixing embroidery from Lumban Province with airbrush hand painting by a young artist, to give the Barong Tagalog pieces a modern edge. As I’ve written in the souvenir program, St. Patrick’s Cathedral has always been my idea of New York, the very first place that I visited during my very first trip to New York in 1991, to present my first exhibit and fashion show at the Philippine Center.

Teresa de Avila’s Spanish prayer, “Nada Te Turbe” or, ‘Let Nothing disturb Thee’ was a primary inspiration in the batik hand painting and embroidery. I’ve even embroidered a few pairs of pants, with the word “nada” scattered all over.

6. Color I am most attached to:

Black and white or ecru has always been a favourite, with a few shades of gray.

The oversized, geometric Barong cuffs was most probably influenced by the Pierre Cardin Barong in the early 70’s in Manila. Cardin re-designed the Philippines’ formal menswear into a body-conscious shape, taking away embroidery, and exaggerating the collar pattern and cuffs. As a college student then, sketching designs for myself and friends, I guess Cardin made a lasting impression on me.

8. Most challenging material to work with:

Handwoven fabrics can be tricky to work with. Most especially abaca, which when woven loosely, tends to break when the fabric is sewn. Handwoven Pinya or pineapple fiber is also a delicate transparent fabric, needing basting the lining by hand first before the actual sewing. Cordillera handwoven fabrics also need the correct weight and tension of the fabric in order to be made into a fine piece of garment.

9. I would choose to mentor:

…the next generation of fashion designers, to bridge the gap and share with them not only my own work experience, but also the craftsmanship and aesthetics in the generation of Christian Espiritu. I’ve been asked to teach in a new fashion design school that has yet to open within this year.

I want to get into drawing, sketching, and painting. And probably come out with my own print patterns based on my sketches and paintings.

11.A project yet to complete:

I’d like to go back to writing scripts, which was actually my first job after college. I have an idea for a movie documentary, based on true events about the Our Lady of Lipa’s alleged apparitions to a young Filipina novice. My two aunts brought me to the church in that monastery, when I was a kid. There is much controversy about the Lipa events, and the Vatican has recently released its decision that it was not supernatural and that it was, in fact, demonic. Gathering the stories of the novice, her fellow nuns, the devotees, the Bishop of Lipa, and the two Filipino exorcists who were part of the investigative team from Vatican, would make for a terrible documentary.

12. One or two personal notes most do not know about me:

Most people don’t know that I actually shy away from publicity. Strange but true. I appreciate the validation of my work and creative efforts of course, but as much as possible, I would want to stay in the background and be invisible. That’s probably why I love a big city like New York, where I can just walk for hours, blending in quietly with the crowd.

(By the time this is published, Ramos has gone back home as he busies himself with another project. He is again invited to mount another show in Canada. With this year dawning as he approaches the next decade of his life, I await with anticipation for another collection yet to inspire and transcend.) (Fabulous Philippines was made possible through Neocolors Productions and Advertising International, Inc. Images courtesy by the designer with credits from Lambert Parong). 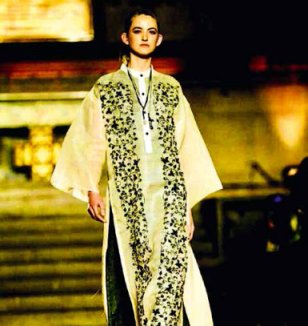 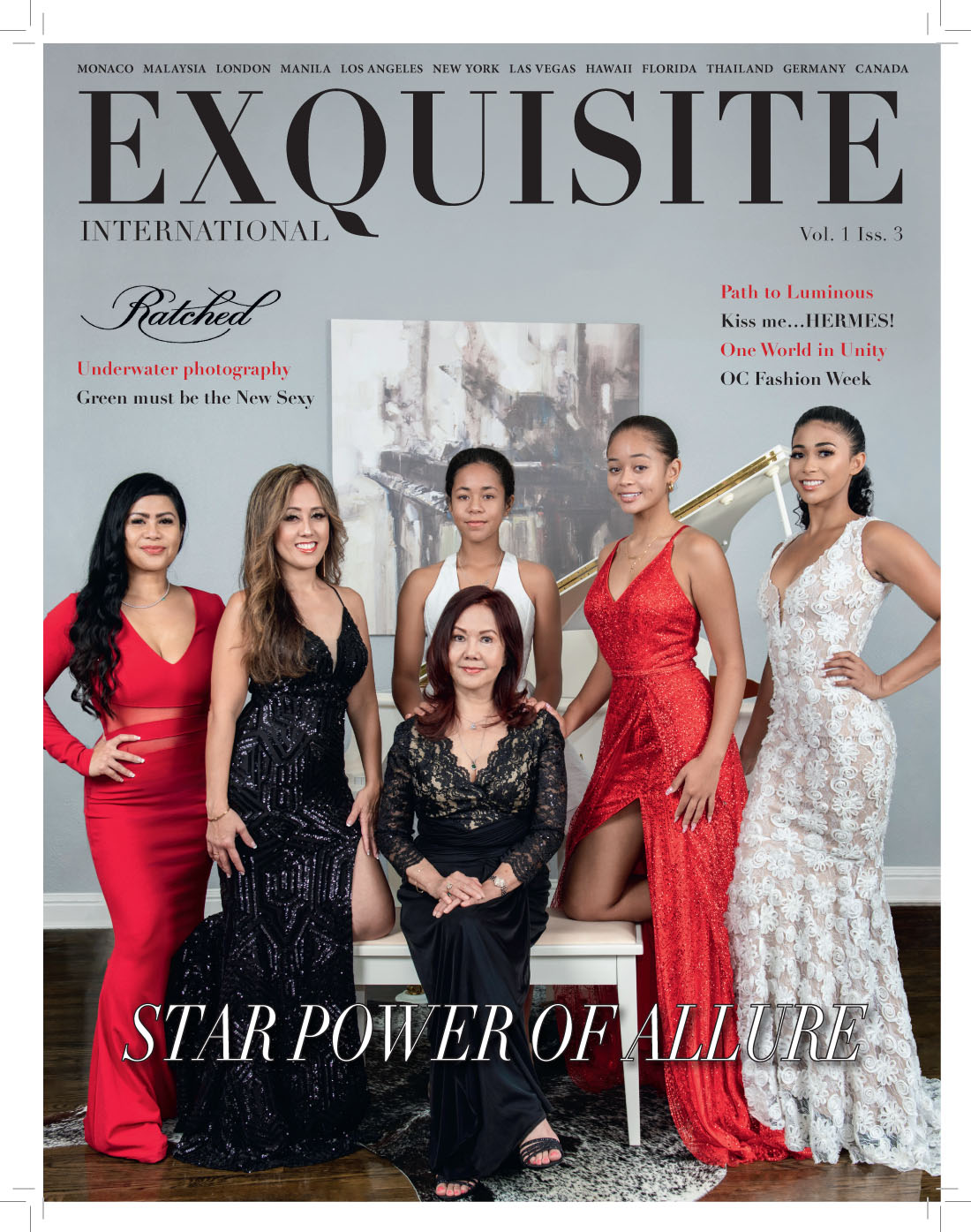