Take The Bull By The Horna: Enrique Horna, Head On

Like so many before him, Enrique’s pursuit of happiness begins humbly abroad. Originally from the bustling metropolis of Lima, Peru, where he completed his high school education, Enrique elected to relocate to the United States. With the counsel of his parents, he attended Florida International University in Miami to pursue a degree in computer engineering.

This is where Enrique’s story departs convention; during his final year of study, he realized that this métier was not his passion – a bold choice for someone so freshly on unfamiliar soil. Still, not letting this new foreign land get the better of him, in 2001 an impassioned Enrique dove into the real estate world. Come 2003, the plunge proved to be fruitful at first, yielding much financial success in flipping properties.

Unfortunately, soon after his dive into the housing market came the real estate crash. Many life lessons were learned during this time, most of them quite costly.

Ever the resilient one, Enrique chose once again to pick himself up with the aid of real estate workshops and self-help seminars. Tony Robbins’ “Unleash the Power Within”, “Mastery University”, “Business Mastery”, as well as T. Harv Eker’s “Quantum Leap Program”, and Neuro-Linguistic Programming all quenched his thirst for self-improvement and spurred on his quest for success. Now better equipped with the appropriate tools, he returned to real estate, gaining more in riches and experiences than he ever had before.

One would think this is where the story ends, however much like a charging bull, Enrique pressed on. The next endeavor that would pique his interest came in the form of crypto currency. Albeit ambivalent when first exposed to it in August 2018, within a few short months he found himself earning hundreds of thousands of dollars. Wanting to share the wealth so to speak, he went on to inspire others to achieve their own financial independence, much like his steadfast self.

Enrique continues to dedicate his efforts to helping others achieve abundance in all aspects of their lives, naturally with particular focus on monetary abundance. There is something to be said for never faltering in the face of hardship, as his unwavering audacity has shown. The lesson here is: when an obstacle appears before you, taunting you – just as Enrique had, grab that proverbial bull by the horns and you too may get ahead. 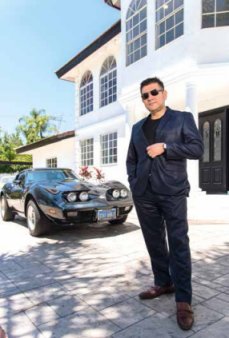 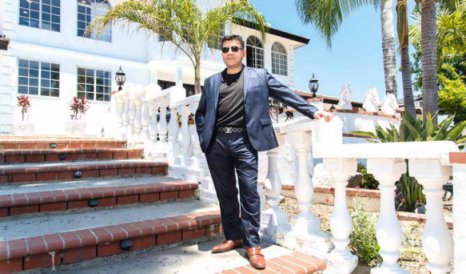