It was a dazzling night of dance and haute couture as they came together in celebration of Ballet Philippines’ 50th Anniversary. This Golden Milestone was in recognition of its rich history and vast contribution to Filipino culture.

An indelible part of the Filipino culture and identity, Ballet Philippines has, and continues to define local dance culture and industry. Starting out as a summer dance workshop at the CCP, it has grown in the past five decades, developing over 500 choreographic shows that are an impressive mix of Asian, Western, indigenous, classical, and contemporary styles and genres, with full-length classical ballets, internationally recognized masterworks, and indigenous works inspired by Filipino folklore and social issues.

The event started with homage to its past artistic directors who have helped shape the dance company into the globally-recognized cultural institution in the performing arts that it has become. Chairman of CCP and Chairman of Ballet Philippines 50th Anniversary Gala Margie Moran Floirendo, together with Ballet Philippines Vice-Chairman Maan Hontiveros presented the specially-crafted ballet-inspired Ramon Orlina glass sculpture “On Pointe” which means a dancer’s pointed shoe. Sculpted on 4 sides of blue glass, the artwork went to Edna Vida, Denisa Reyes, Agnes Locsin, Cecile Sicangco, Alden Lugnasin, and Paul Alexander Morales. A special clear glass art piece was given to its first and current Artistic Director, National Artist for Dance, Alice Reyes.

The stage was set for a performance unlike any other. Featuring an exclusive 50-piece collection by iconic fashion designer Michael Cinco it was inspired by Tchaikovsky’s hauntingly soaring scoring of Swan Lake. It melded with a visually stunning performance of Ballet Philippines led by its principal dancers Denise Parungao, Biag Gaongen and Jessa Tangalin, staged by Alden Lugnasin.

It was a true marriage of dance and fashion presented through a classic musical and contemporary visual feast as Swan Lake’s cygnets pirouetted and plied while models in Cinco’s latest collections preened onstage through different movements in outfits ranging from structured metallic ensembles to ombre gowns and gorgeously-beaded and feathered bridal wear reminiscent of graceful swans. The show captured the timeless love story of Odette and Prince Siegfried as it beautifully encapsulated magic, tragedy, and romance, as well as the menacing aura of Von Rothbart, who was the central antagonist of Tchaikovsky’s play a role portrayed by actress and seasoned model Marina Benipayo.

The feast for the senses was witnessed by an audience that was composed of Ballet Philippines patrons who have supported the company through its inception and growth in its 50 years.

The anniversary gala, held at the Marriott Grand Ballroom, was a resounding success that highlighted Filipino artistry in both fashion and in dance.

It is also a showcase of Ballet Philippines’ continued success in bringing elevated cultural entertainment to its Filipino audience. With five decades worth of experience, Ballet Philippines continues to define the local dance culture, identity and industry. 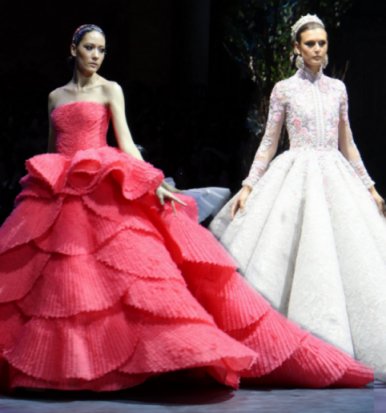 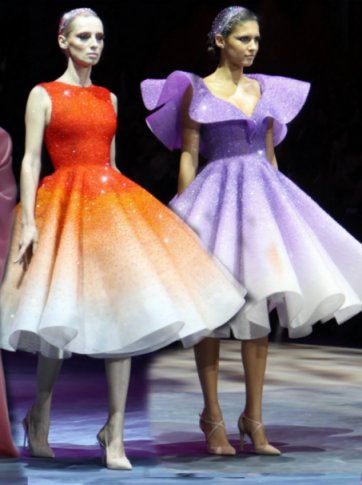 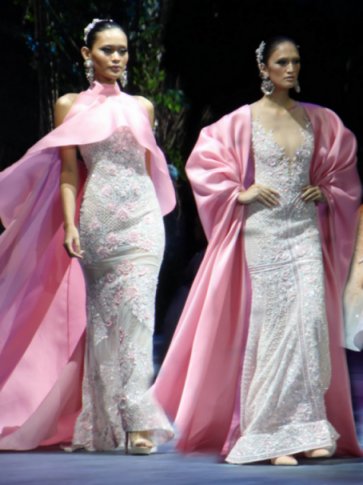