FROM AVENGERS TO GAME OF THRONES, MASSIVE FRANCHISES ARE CAPPING OFF THEIR SAGAS THIS YEAR. WHICH BEGS THE QUESTION, WHY NOW?

If I’m being dead honest with myself, the hype train for Avengers: Endgame did not hit me. It didn’t even slide by me. I was aware that the movie was coming out, and I was planning on watching it in a theater. But I wasn’t going to camp out online to secure my Thursday night premier ticket – which supposedly went up to $200 in cities like New York due to their rarity. In fact, I made the effort to avoid the opening weekend. Tuesday matinee, cool $6, couldn’t imagine paying anything more than that!

The movie itself was fine, and I bet by now you’ve read an endless amount of Endgame reviews and thinkpieces. If there’s any ‘hot-take’ worthy opinion I have, it’s that Jeremy Renner’s new haircut was a greater atrocity than Thanos’s genocide in Infinity War. What really resonated with me, however, was the reaction my friend had as we were walking out of the theater. “Welp”, she said as she stretched her back to ease the pain of sitting down for 3 straight hours, “guess I don’t have to care about Marvel movies anymore”. Which came off as a great surprise, because I was feeling the exact same way.

Marvel is nowhere near done with their ironclad of a film franchise. The new Spider-Man movie literally came out this year, not to mention the slew of slated films with set release dates. Characters like Captain Marvel and Black Panther are only getting started with their franchise, and there’s that supposed space-opera epic Eternals with Angelina Jolie out of everyone. Then why does it feel like our obligations as casual fans are now fulfilled? Well, in part because Endgame did signify the end of a chapter. ‘Phases’ as they call it in those fanboy websites, Endgame saw the end of this phase of the Avengers. We won’t see these headliners together again, that including Iron Man, Captain America, Black Widow, etc, but the name ‘Avengers’ lives on with new members. For people whose main draw to the franchise was that specific lineup, feeling detached from the franchise only makes sense.

What doesn’t really make sense was the fact that Marvel wasn’t the only franchise facing its finality this year. Star Wars, a fellow Disney corporation product that I also don’t care much about, is finishing their “Skywalker Saga” this year with the release of Episode 9: The Rise of Skywalker. Meaning that the Star Wars story that we know of, with Luke, Han, and Leia, won’t continue past 2019, and every other movie in the franchise will follow completely different protagonists that have no ties with those associated with the past 9 movies. Disney is currently producing a TV show titled the Mandalorian, their first effort to tell a narrative set in the same universe but doesn’t have anything to do with George Lucas’s original characters.

Okay, cool, I guess Disney’s really reshaping their company moving onward. But who’s to explain why Game of Thrones series finale fell under this year too? After 8 long years and a rollercoaster ride of a dip in quality, HBO has decided that this was the year to finally finish the fantasy drama for good. While those of you tired of awkwardly having to explain why you haven’t gotten around watching the show yet may be relieved, the actual fanbase of the show are even more relieved that it finally ended. See, my relationship with Game of Thrones has been unstable, so to speak. It’s unanimously agreed that the show’s overall quality went from television’s finest to, well, being dumb enough to underutilize Lena Heady. So yeah, the show ending was actually a great news for me. It was about time.

But why now? Is this just all strike of luck that these three generation-defining, culture-shaping franchises chose 2019 to be the year of their expiration? It’s entirely possible that it’s pure coincidence, but then what am I supposed to write pop culture thinkpieces about? If there’s one thing I learned from Steve Rogers, it’s to never disregard your belief in favor of comfort. Or was it Luke Skywalker who said that? Or perhaps Jon Snow? Point being, I will not settle for random odds to be my answer. So then, what is it? What drove these three franchises to wrap up their stories specifically this year?

Your political views aside, I think it’s fair to say that we haven’t had a presidency to stir up this many comparisons to a facist regime in quite some time. Donald J. Trump, the 45th president of the United States of America, faces his reelection next year. I can only speak for liberals, and to us it really felt like a struggle these past few years, patiently trying to survive in a world that seemingly made less sense everyday. But now we’re so close to 2020, look at all the new and exciting Democratic candidates tearing each other apart on television! It’s as if we finally defeated the big bad, once and for all. My theory is that the people are eager to move on from this depressive administration, and that cultural zeitgeist came out through three of the biggest film and television franchises. We no longer want to see our characters suffer under authoritarian villains, we want them to finish it off and move on beyond that. We, as much as Tony Stark, Rey, and Sansa Stark, are eager to move beyond this current administration.

However, this brings up concern the more I think about it. Look back to 2015 and 2016, back when liberals were so confident that we were going to win the election. Why were we so confident then? And Why are we so confident now? There’s absolutely no promise as in a democratic candidate will win this upcoming 2020 election. Did we not learn a single thing from our past? Obviously the answer is no. Liberals never learn their lessons. All we know how to do is to come up with new genders and cheat on our wives right? My point is that this is not the time to be relieved. We don’t have the luxury yet, the race is nowhere near over. Our fictional heroes may have defeated their evils, but we’re still in the process of doing so. Just because Thanos is dead, doesn’t mean we get to stop caring about politics now. 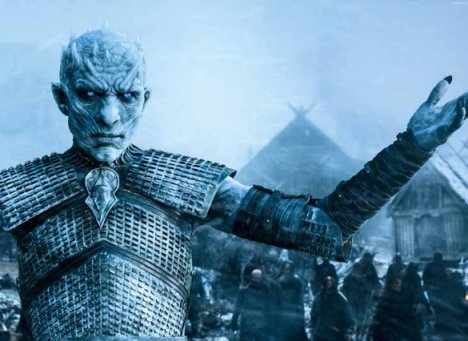